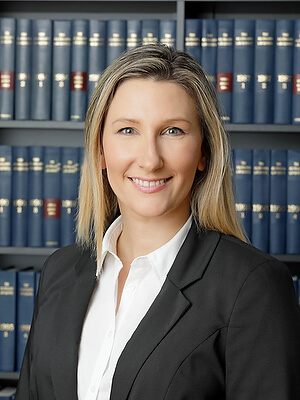 Isabelle has a practical understanding of the everyday challenges faced by organisations, having previously worked in the human resources department at Land Rover in the UK. Isabelle has a Bachelor of Arts (First Class Honours) degree in Personnel Management.

"I take into account commercial considerations and stakeholders involved, and aim to provide practical and pragmatic options to our clients, where possible."

She works in litigious matters in the superior and subordinate courts, as well as matters involving the WA Court of Appeal and the High Court of Australia. The latter relate to the recent notable case of Herridge and others v Electricity Networks Corporation t/as Western Power [2021] WASCA 111 relating to the Parkerville bushfire in 2014.

Her litigation work covers a wide range of matter types, such as construction contract disputes to negligence actions and native title litigation.

She also works on prosecutions and matters requiring resolution in the State Administrative Tribunal ranging from planning to building appeals.

Supreme Court of England and Wales (2007)