In July and August this year, Civic Legal conducted a trial on behalf of over 90 insured plaintiffs in a massive group action litigation matter. The matter related to the 2014 Parkerville and Stoneville bushfire which was caused by the collapse of a power pole.

The case featured five of the most prominent law firms in Australia and, indeed, the world (Slater and Gordon, Hall and Wilcox, Corrs, DLA Piper and Minter Ellison) plus Civic Legal, the only boutique law firm and the only wholly Western Australian one, holding its own as an equal player in a massive trial involving over 500 plaintiffs and 20,000 documents.

In addition to the owner of the property on which the pole had been situated, the defendants were the State-owned utility, Western Power, and its contractor, Thiess (now known as Ventia), which is an infrastructure services company with around 6,400 employees. 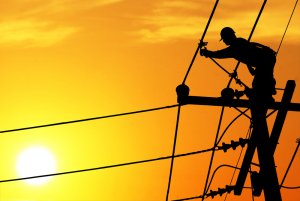 In 2014, the Parkerville bushfire swept through the Perth Hills and Parkerville bushland destroying 57 homes and damaging a number of other properties. The pole in question had been installed in the 1970s. It had suffered significant termite and rot damage and when it fell, it caused sparks which set alight surrounding vegetation and ignited the fire.

The power pole was located on a residential property but connected directly to the Western Power network. Six months prior to the Parkerville bushfire, Western Power’s contractor, Thiess, undertook works on the rotten pole but did not remove the pole from service.

What was the key issue?

The key issue to be determined was whether Western Power had a responsibility to inspect or maintain private power poles.

The plaintiffs claimed that if Western Power and Thiess had had proper systems in place, or the pole had been properly inspected and assessed, the rotten pole would have been repaired or replaced before 2014 and Parkerville bushfire would never have happened.

Western Power and Thiess asserted that they followed all appropriate processes and, in any event, the landowner was primarily responsible for the pole.

The case is relevant to owners or managers of infrastructure, whether local or state government, or private enterprise. It is also relevant to contractors engaged to perform care and maintenance work on infrastructure.

It is a salutary reminder of the duty of care that may be owed by those who own, operate or maintain infrastructure that poses potential hazards to the public. The evidence at the trial raised the possibility that, even if the risks of harm are foreseeable for legal purposes, there may be entities that are unaware of their responsibilities in relation to this type of infrastructure.

The case also highlights how such hazards are magnified by the nature of Australian conditions with regard to bushfire risk – witness the tragic Ash Wednesday and Black Saturday fires in Victoria in years gone by.

Most importantly, the case gives guidance to infrastructure owners and managers who are responsible for the care and maintenance of assets and who need to think about the level of diligence which they need to exercise in their day to day operations.

The case is also likely to shed light on the extent to which an asset manager or owner can pass responsibility to its contractors in the event of a major accident.

At the trial, the spotlight fell on the humdrum aspects of the systems and procedures that surrounded the care and maintenance of the damaged pole, which was one of 100,000 privately owned power poles in the particular network. It also highlighted the importance of the documentation recording the level of care and diligence in the inspection or maintenance work performed.

The case reminds all responsible entities of the unexciting yet critical need to keep good records of their inspection and maintenance activities. In the event of an incident, a court would not hesitate to examine years of records.

The Court has reserved judgment so it can consider the large amount of evidence in the case.

Disclaimer: This article provides a general summary of subject matter and does not constitute legal advice. The law may change and circumstances may differ. Therefore, you should seek legal advice for your specific circumstances.