In this article we will be looking at some key changes for councillors to gifts disclosures in general. We will also give an overview of the new gift disclosure obligations relating to advice or reports before council. 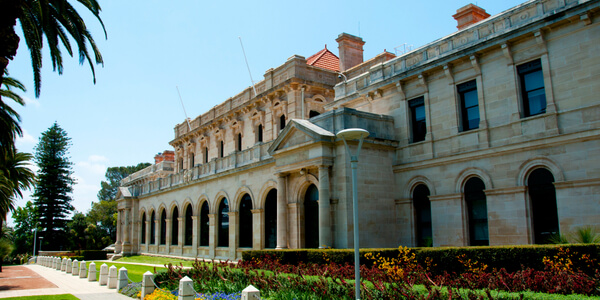 Previously, the gifts disclosure obligations resided in two places: one was under the Act and the other was under regulation 12 of the Local Government (Rules of Conduct) Regulations 2007 (WA).

The old regulation 12 imposed obligations on councillors around notifiable and prohibited gifts, exemptions and duties of disclosure including contributions to travel. This regulation has now been deleted.

Instead, the Act is the only source document which governs gift disclosure obligations in the local government sector.

The Act requires councillors to disclose gifts of over $300 received in their capacity as a council member.[i] This includes gifts received from the same donor within a 12 month period with a cumulative value of over $300.[ii]

Councillors would be best advised to keep a personal record of all gifts received from the same donor over that period. Gifts given by related companies are considered to have been given by the same donor.

Councillors do not have to disclose gifts they receive outside their capacity as councillors. [iii] However, the onus is on the councillor to show that they would have received the gift even if they were not a councillor.

How are disclosures made?

There are several requirements for disclosures. These include that disclosures must be made in writing to the CEO within 10 days after receipt of the gift. [iv]

The CEO has several obligations, for example he or she must record disclosures in the register within 10 days after disclosures are made.[v] Also, the Act now stipulates that the version of the register on the local government’s official website needs to be ‘up-to-date’.[vi]

A failure to disclose a gift is now a criminal offence which carries a penalty of $10,000 or imprisonment for two years.[vii]

Gifts disclosure obligations relating to advice or reports before council

The obligation for councillors to disclose an interest in relation to a matter before council is not new.[viii]

What is new is that the Act expands this obligation by introducing the concept of an ‘interest relating to a gift’.[ix]

A person who gives a councillor a gift over $300 is deemed to be a ‘closely associated person’.[x] This relationship gives rise to what the Act now calls an ‘interest relating to a gift’, which obliges the councillor to disclose when the donor has an advice or matter before council.

Curiously, this specific disclosure obligation applies whether or not the gift is received in their capacity as a councillor or not. This is unlike the position with general disclosures, as previously mentioned.

The provisions also apply to gifts received from a donor where the cumulative value over any 12 month period is more than $300.[xi]

A councillor who has an interest relating to a gift in an advice or report to be discussed at a council or committee meeting must disclose the nature of the interest.[xii]

The councillor must disclose the interest in:

A councillor who makes a disclosure must not ‘participate in, or be present during, any discussion or decision making procedure relating to the matter’ unless they are allowed by the council/committee or the Minister.[xiii]

A failure to disclose in connection with advice or reports is a criminal offence which carries a penalty of $10,000 or imprisonment for two years.[xiv]

When can the councillor remain in the meeting and participate?

If the gift is no more than $1,000 (or of a cumulative value no more than $1,000) the council may allow the disclosing councillor to be present during any discussion or decision making procedure relating to the matters and participate if:

If a gift (or cumulative value over a 12 month period) is over $1,000 the council or CEO may apply to the Minister to allow the disclosing councillor to participate in the meeting, and subsequent meetings, relating to the matter.[xvi]

The disclosing councillor can participate in the decision making process on the question of whether an application should be made to the Minister.[xvii]

Unauthorised presence or participation in a meeting is now a criminal offence which carries a penalty of $10,000 or imprisonment for two years.[xviii]

What can the Minister allow?

The Minister may allow the disclosing councillor to participate in relation to the matter if:

This article has limited itself to only some of the aspects of the 2019 changes to the gifts disclosure obligations of the Act.

One can see that the thrust of the changes are significant. They introduce the new concept of an interest relating to a gift, compel councillors to comply with disclosure in relation to them and make them accountable in the territory of penalties.

Whether one agrees with them or not, they are now clearly part of the local government landscape in WA and councillors and officers should seek to become familiar with them.