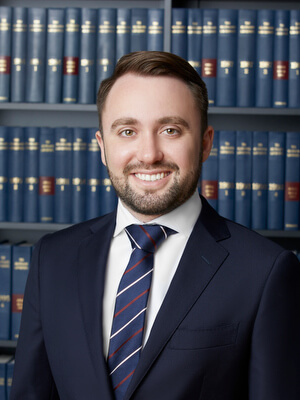 Alexander was admitted to practice as a Lawyer in the Supreme Court of Western Australia in 2018.

Prior to being admitted, Alexander gained significant experience working as a paralegal at both boutique and international firms

Alexander is a member of the insurance team at Civic Legal providing valuable legal support to our senior insurance lawyers.

"I enjoy being part of a team that aims to deliver the best possible result for our clients. I believe the key to achieving this is to form an effective strategy, consider key priorities and plan for contingencies."

Alexander’s experience also includes drafting and delivering advices to clients. This has been on both liability and quantum within the portfolio of insurance matters under his management.

Insurance & Risk Management
Back to Our People