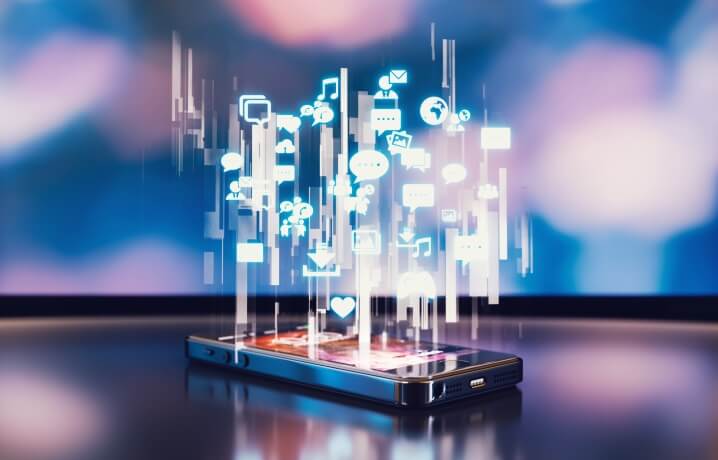 Social media platforms have provided their users with a global audience. Information posted onto platforms such as Facebook or Twitter may be seen by thousands of viewers.

Negative online comments and reviews can permanently damage the reputation of both businesses and individuals. Some users have been getting away with posting negative reviews anonymously, or sharing negative and damaging posts without legal consequences.

In this article, we look at how the law of defamation is increasingly bringing social media users to account.

Defamation is when someone spreads information about another person or group of people that damages their reputation. This can be through a verbal statement, a written statement or an image.

Defamation liability on social media and other online platforms extends beyond those who post original defamatory material. You can also be found liable for defamation for sharing defamatory material that was created by someone else. For example, ‘retweeting’ on Twitter or ‘sharing’ on Facebook.

You can also be found liable for defamation for endorsing defamatory material. For example, by commenting your support for a defamatory post on Facebook.

In 2018, the Supreme Court of New South Wales considered a case about defamatory posts on a public Facebook page.[i] The defamatory posts were made by a former town clerk, Mr Stoltenberg, about the Mayor of the Narrabri Shire Council at the time, a Mr Bolton. The posts allegedly conveyed imputations that Mr Bolton had been corrupt, dishonest and intimidating in his role as Mayor, and that this conduct warranted an Independent Commission Against Corruption inquiry. Mr Stoltenburg was ordered to pay a total of $110,000 in damages and interest.

That case was decided by the Court of Appeal in New South Wales. It is therefore a case that is binding on NSW courts and a persuasive authority for the courts of Western Australia.

A Mrs Loder had interacted with the online defamatory posts. She posted a comment encouraging others to ‘like’ the posts. Mrs Loder was ordered to pay $10,000 in damages for endorsing the posts and attracting more attention to the defamatory material. Her comment was found to have amounted to secondary publication.

It is therefore now clear that you do not need to post original material online to be liable for defamation. This case highlights that engaging with defamatory material online and attracting additional attention to the material can also result in legal liability.

'... information travels quickly online and can be difficult to retract'

While some online reviewers disclose their name along with their comments, some others choose to remain anonymous. Such persons may believe that posting defamatory material anonymously or under fake profiles can help them avoid being identified and sued. But is this really the case?

Dr Matthew Kabbabe was a Melbourne dentist who received a negative Google review regarding his dental practice. The review contained potentially defamatory comments about the experience and the value of the procedure.

After Google refused to remove the review, Dr Kabbabe requested that Google provide the personal details of the reviewer in order to commence defamation proceedings.

In March 2020, Dr Kabbabe was granted leave by the Federal Court to serve an order on Google, requiring it to disclose information about the reviewer which may include the reviewer’s name, phone number, IP address and other relevant metadata.[ii] The information obtained from Google was to be used against the anonymous reviewer in legal proceedings.

Cases such as Dr Kabbabe’s indicate that the common law phenomenon of a time lag between technological advancement and pronouncements of the law by Australian courts is well and truly alive.

It has taken some time for cases by victims of internet trolling and bullying (including by defamation) to make their way into the law reports. However, it is happening, and the courts are now beginning to dispense justice involving the abuse of social media platforms.

How can I protect myself?

It is important for all internet users to be aware that their activities online can have very costly real-life consequences.

For those who are tempted to post comments on social media, think carefully before posting, sharing or endorsing.

In the social media era, anyone can be a publisher. However, few take the precautions that traditional publishers and authors do, checking facts and taking legal advice before publishing.

Is this an over-cautious approach? Probably not. As information travels quickly online, it is now easy to quickly disseminate material to large numbers of people (and therefore multiply damages calculations if you are liable in defamation).

So if you ever find yourself accused of defaming someone online, you may wish to seriously consider removing the defamatory material as soon as possible and apologise to the affected person. It may also be worth obtaining legal advice about the accusation.

For those who are vilified on social media, the law is developing in your favour. It is becoming increasingly difficult for trolls to use anonymity to escape detection and liability.

Social media has not changed the core legal idea that every person has a right not to be defamed when other people exercise their right to free speech.