Cladding: the implications for local government

Cladding. It is one of those words that strikes fear into the hearts of developers and builders worldwide. There’s now good reason to believe that it won’t just add to the noise suppression measures in a building, but make it vulnerable to burning down with one uncontrolled fire.

This article looks at some of the implications the issue of combustible cladding has for local governments. 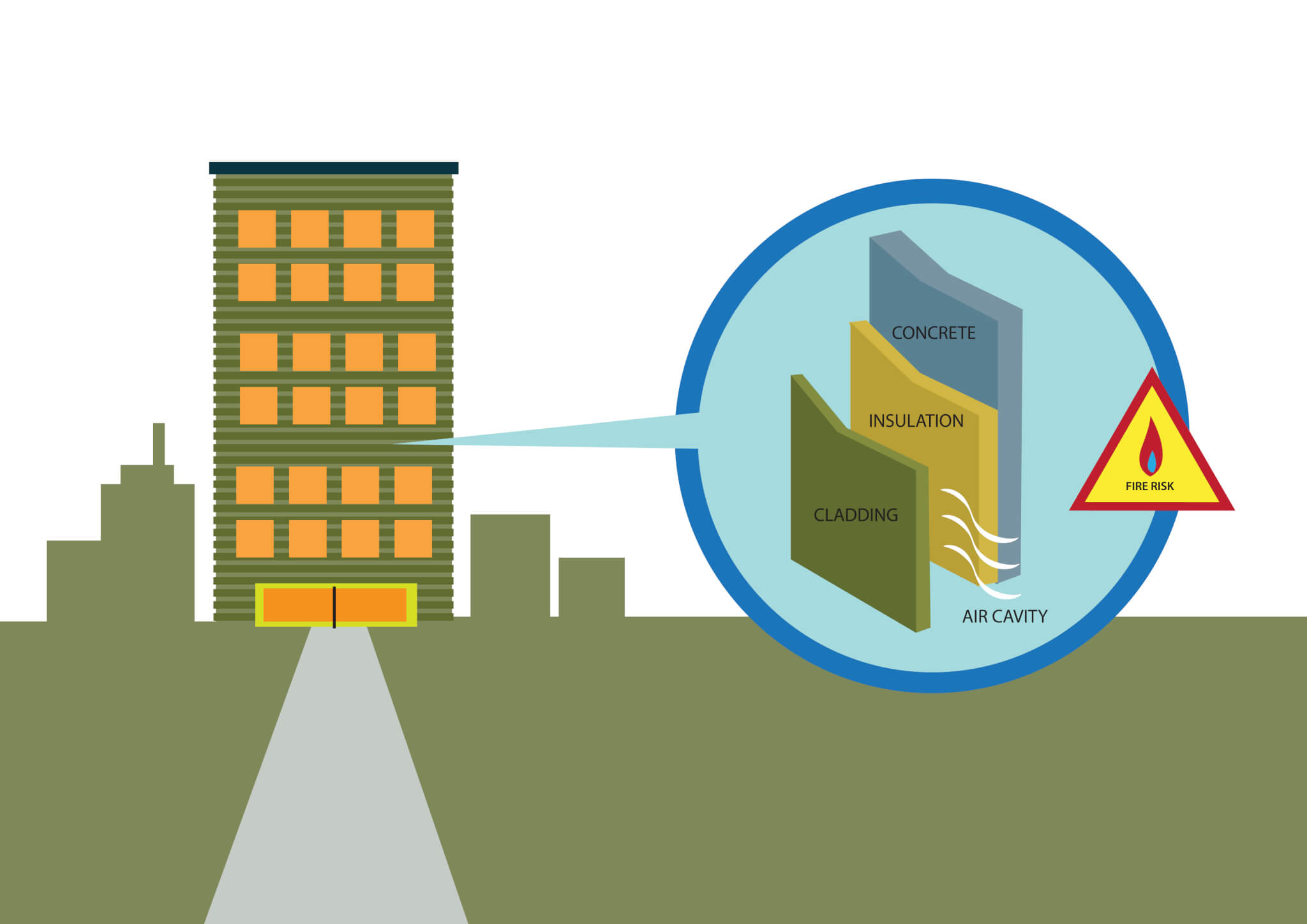 In November 2014 a fire at Melbourne Dockland’s Lacrosse apartment building brought to light the risks of using non-compliant external cladding made of aluminium composite panels. The fire, ignited by a cigarette, spread rapidly due to this cladding.

In February 2019, judgment was handed down from the Victorian Civil and Administrative Tribunal in relation to the claims made by the owners of the building as a result of the fire. The tribunal found the following parties liable because they failed to exercise reasonable care:

Damages of $5.7 million were ordered.

So does this mean that other parties, local government included, are off the hook?

Cladding will not be an issue that goes away. Local governments are one of the many front lines on building issues.

In the first instance, homeowners, managers and occupiers with concerns about cladding will be directed to the Department of Commerce and the Building. However, as the issue loses attention, the responsibility will continue to fall on local governments.

The Building Act 2011 (WA) (the Act) gives local governments a central role in building safety and enforcement. The Act incorporates the Building Code of Australia (Volumes 1 and 2 of the National Construction Code) into the expected standards required of buildings.

Under the Act, any builder must ensure that the building or structure they are building complies with applicable building standards.

The Building Code includes requirements about the fire performance of external walls, including any cladding, for Type A and Type B Construction.[i]

What does this mean for local government?

Local governments have a role in remediation, as they may issue a building order requiring that the particular building be remedied. Unsafe cladding may be the cause of, or contribute to, a property becoming unfit for human habitation.

Although each decision will turn on its particular facts, it can be expected that in most cases, remediation will be preferred over demolition. This is on the assumption that the former will be less costly and more practical than the latter.

However, local governments should be careful how to specify the remedial work it considers would solve the problems. They should also be prepared to prosecute if the owner fails to remedy the defects.

What should local governments do now?

Civic Legal recommends that relevant officers are kept abreast of the cladding requirements in the Building Code of Australia and learn how to identify dangerous, or suspect, cladding in new and old buildings. Local governments should be quick to act when those buildings are identified and issue appropriate notices.

[i] (see the Australian Building Codes Board Bulletin 2016-3, https://www.abcb.gov.au/Resources/Publications/Education-Training/Fire-performance-of-external-walls-and-cladding).